Stocks plunged last Wednesday in the Dow Jones Industrial Average’s worst performance of 2019 after the bond market indicated a troubling signal on the U.S. economy. The yield curve inversion has been a reliable indicator of economic recessions. 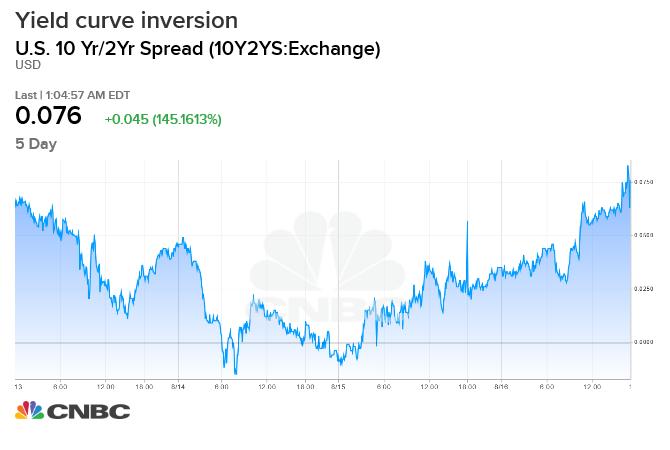 The yield on the benchmark 10-year Treasury note on Wednesday briefly broke below the 2-year rate (10Y2YS), the so-called “yield curve inversion”, a bond market phenomenon that has been a reliable indicator of economic recessions. There have been five inversions of the 2-year and 10-year yields since 1978 and all were followed by an US-recession.

Markets still tend to go up!

Historical analysis shows that stocks typically tend to show gains for another 18 months after the yield curve inversion, before being impacted by recession-related negative performance (source: Credit Suisse). For example, the previous 2-10 curve first inverted ahead of the financial crisis on December 30, 2005. The stock market posted a cumulative gain of 18.4% in the 18 months thereafter but returned major losses after one and a half years. 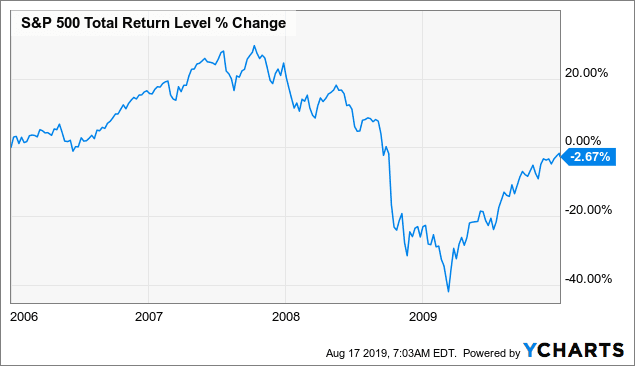 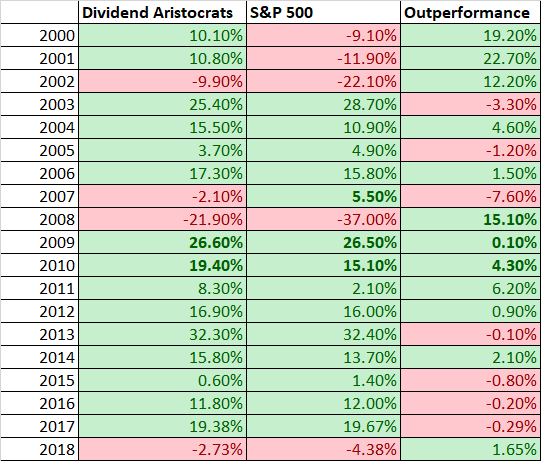 The average data in the bottom indicate which average annual yield was achieved at the start of the respective year. Starting with a position in the aristocrats at the end of 2000, Dividend Aristocrats (buy&hold) investors made e.g. average annual price returns of 8.07%.

For the buy & hold investor, it took a three years maximum patience to recover from the last recession when investing in the dividend aristocrats.

We also analyzed each Dividend Aristocrat by looking at their earnings, dividends, maximum draw down (MDD) and stock price performance during the 2007-2009 financial crisis. Based on the maximum draw down (MDD) and the stock performance during the 2007-2009 (excluding dividends), we created a ranking of the 8 most recession-proof Dividend Aristocrats.

Combining the MMD with a maximum of 50% and the price-performance is resulting in the following top-8 “recession-proof” dividend aristocrats:

It is not a surprise that most of the above companies are active in the consumer or healthcare sector.

Instantly Get access to the finalized ranking of all the Dividend Aristocrats’ recession performance.
Your spreadsheet will be made available to you after you enter your email address and click to join.

Please remember that past performance may not be indicative of future results.