Here’s the list of the Dogs of the Dow 2015 including the small dogs. Three stocks are new to the list for 2015, which are Caterpillar (CAT), ExxonMobil (XOM) and Coca-Cola (KO) replacing 3 IT-related stock, Microsoft (MSFT), Cisco Systems (CSCO) and Intel (INTC). 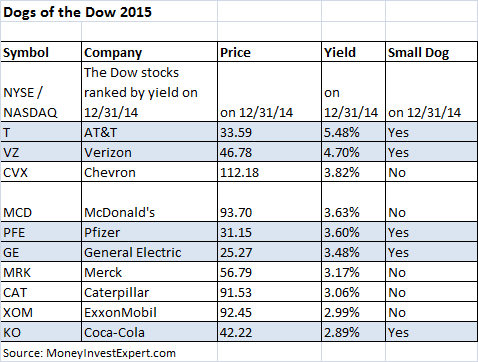 Performance Dogs of the Dow

When looking at the broader market, the Dogs strategy comes up short. When compared with the performance of the Dow and the S&P, the Dogs of the Dow strategy outperforms only half of the time. 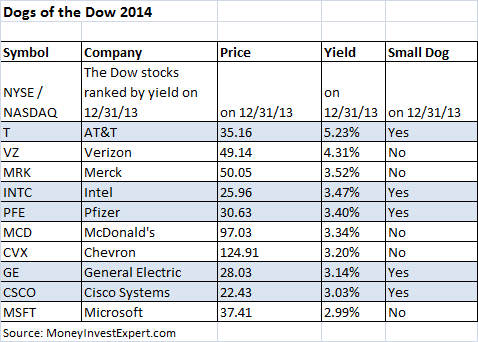