As January Goes, So Goes the Year?

Since 1950, the “January Barometer” predicted the direction for the year with 81 percent accuracy. The correlation is even stronger when the market finishes January in the black, proceeding with full-year gains 90 percent of the time. Consider the last five decades, for example, when there were 12 other instances that the S&P 500 rose at least 5 percent.

Below is a look at the full-year gains when the S&P 500 was up more than 5 percent in January dating back to 1950. 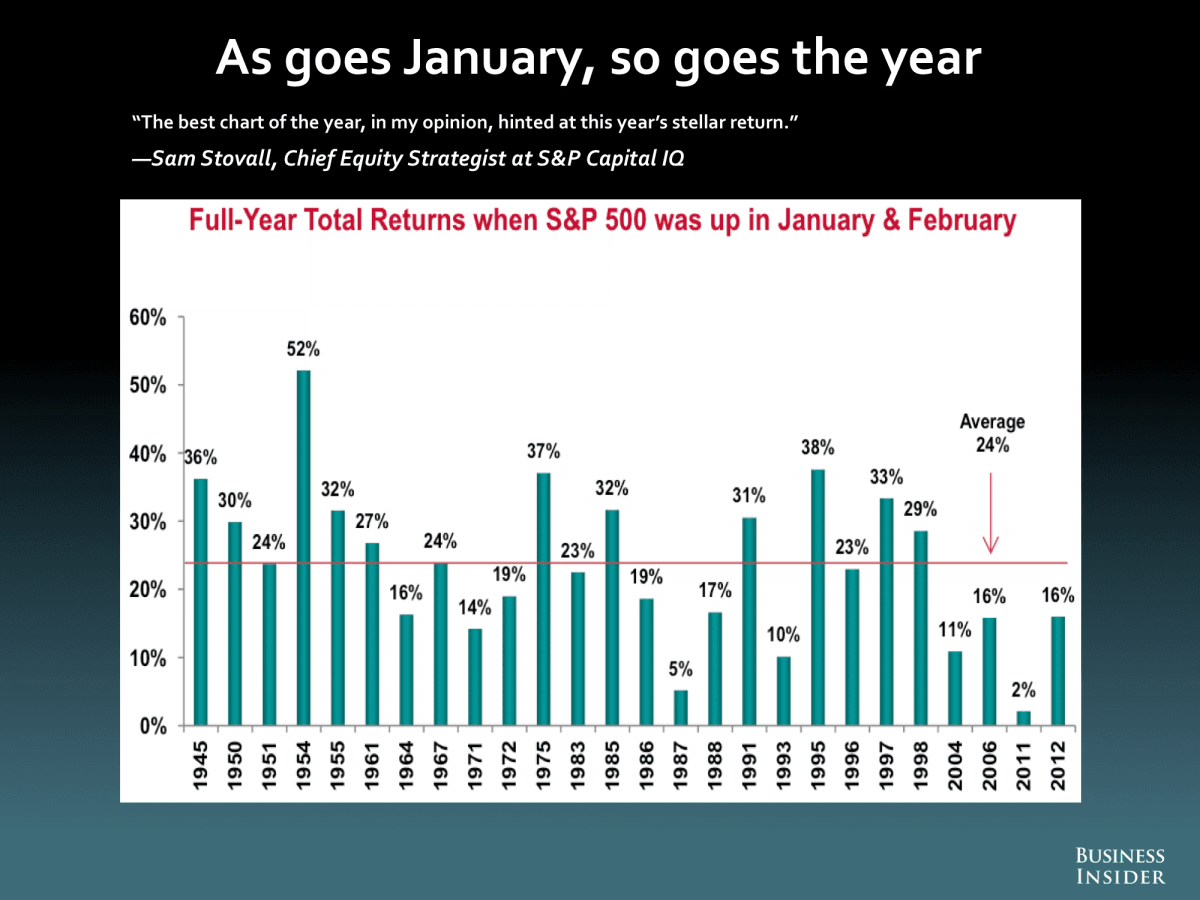