2014 another good year for the dividend aristocrats

The dividend aristocrats have again proven their value in 2014. The basket of US stocks that have increased their dividends for at least 25 years in a row and are part of the S&P 500, gained in 2014 more than 13%.

The 10 year’s annualized total return for the S&P 500 Dividend Aristocrats index is 10.55% 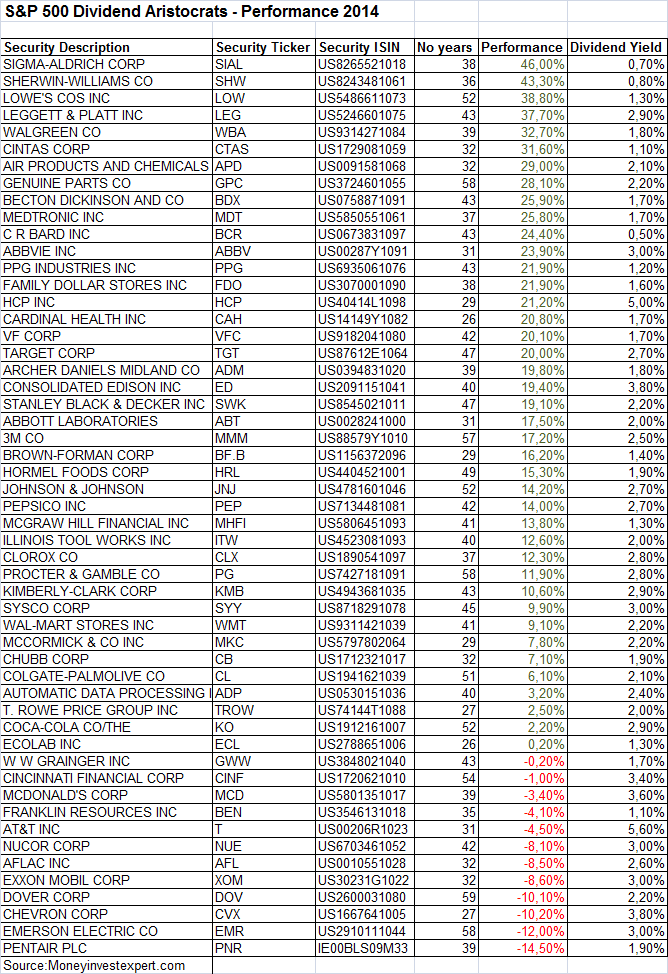