Shell writes down up to $4.5 bln and weaker outlook

More negative news on Royal Dutch Shell. On Monday the oil giant said it will write down the value of oil and gas assets by $3.5 billion to $4.5 billion following a string of impairments this year as it adjusts to a weaker outlook. This is the third write down, after a $16.8 billion writedown in the second quarter, and in October Shell, wrote down the value of its LNG portfolio by just under $1 billion, focusing on its flagship Prelude project in Australia.

In its update, the company also said it expects oil and gas production in its upstream division to be around 2.275 to 2.350 million barrels of oil equivalent per day, slightly higher than in the third quarter. Shell will provide a full strategy update in February.

On Euronext, the RDS stock is trading €14.20 down 7.6%. In general, European shares tumble on tighter COVID-19 curbs in UK related to the virus mutation, Brexit uncertainty.

Below an interesting chart from Reuters. 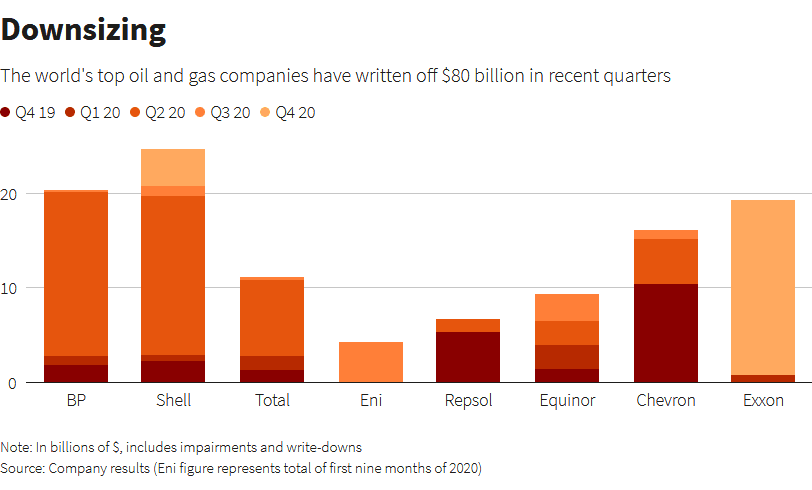