Performance of the dividend aristocrats during recession

It takes a strong, sustainable and competitive advantage business model for a company to raise its dividend each year for over 25 years and even during recessions. Hence, the Dividend Aristocrats should be one of the most recession-resistant stocks around. So that is why we have analyzed the last recession period, the years 2007-2009.

Wall Street is now in the longest bull market in history. More and more the question is raised when the recession will start. So let’s have a look how the Dividend Aristocrats performed during the last recession years 2007-2009.

When we focus on the time-frame 2007-2010, the draw-down is indeed less (+15.10%  versus S&P 500), which also has the effect that the Dividend aristocrats have recovered faster from this negative performance. 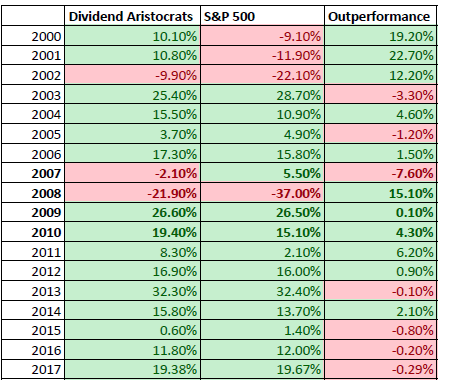 Our performance triangle of the Dividend Aristocrats shows the average annual returns for any investment periods, ie combinations of buy and sell times on an annual basis. The “year of buy” is plotted on the horizontal axis and the “year of sell” on the vertical axis. Whatever investment period you take, a maximum of three years gives a negative performance. 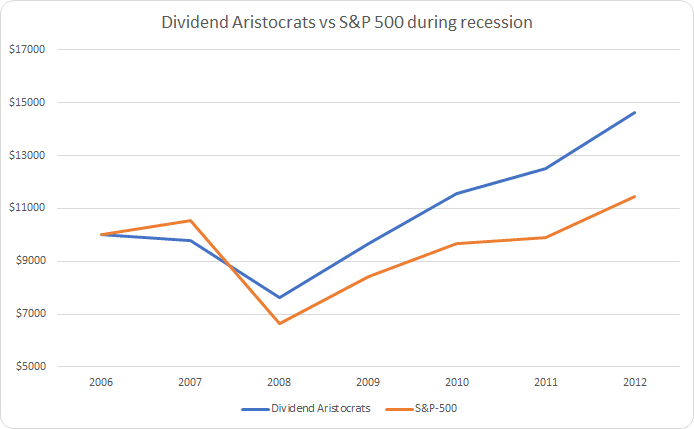