Revenue for AT&T was up nearly 3% at $43.9 billion, beating analysts average estimate of $42.69 billion. AT&T earned 86 cents per share, above analyst estimates of 78 cents. 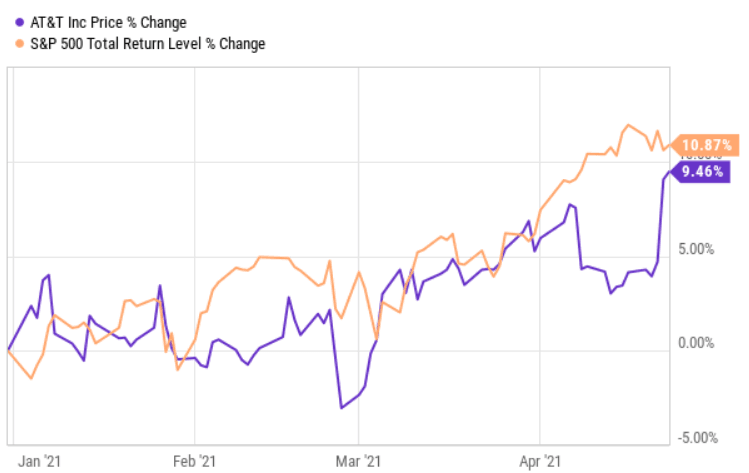 Dividend Aristocrat AT&T has now increased its dividend for 35 consecutive years. The last dividend increase was announced in December 2019 from $0.51 to $0.52 per share quarterly dividend. AT&T hasn’t increased its dividend in 2020 and when it raises the payout to $0.53 at the last payment of 2021, AT&T would still be a Dividend Aristocrat (per the official rules), as the payout for the calendar year 2021 would be higher than that for 2020. 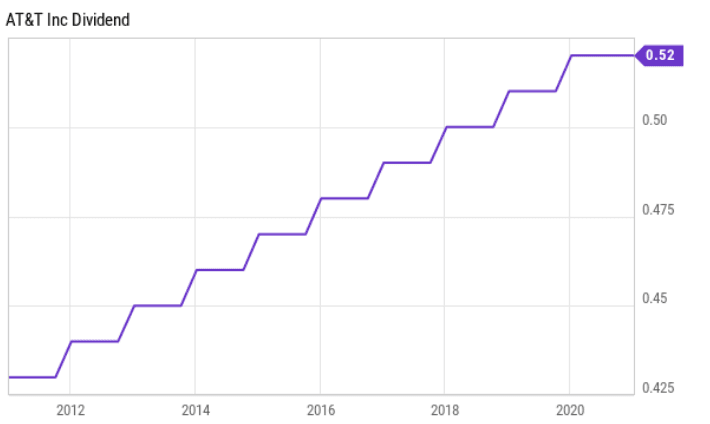 AT&T is at the moment of writing the highest dividend yielder as you can see on our dividend aristocrats dashboard.